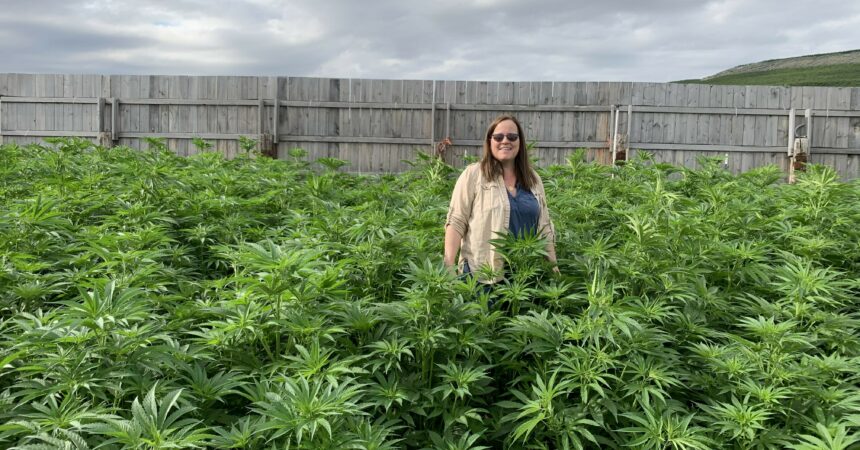 In this series, we invite you to get to know the Tamerlane Trading team. Today, we introduce Monica Barry, Washington State General Manager.

If there’s one word to sum up Monica Barry, that word is surely dedication. Barry has been with Tamerlane Trading since January 2018, and in her role as Washington's General Manager she oversees many facets of the day-to-day operations. Her responsibilities are vast, but she approaches them with resolve, passion, and dedication to her coworkers, Tamerlane clients, and everyone on the Tamerlane team.

Barry had a full evolutionary journey in her path to cannabis professional. When Washington voted on legalization in 2012, Barry voted ‘no,’ at the time, unaware that she would go on to join the industry and change her perception just a few years later. She began her career at a cannabis farm, where she worked her way to a general manager position. Barry describes her first experience on site, saying, “when I walked into the building the first time, I mean, the smell was incredible. It was so overpowering.”

Eventually the farm closed down, and at that time Barry followed up with the Tamerlane team, who were quick to bring her on board. I asked Barry what stood out to her about the cannabis industry, as opposed to others she’s worked in, and she reflected.

“Getting into the industry definitely changed my thoughts. I've never met a better group of people as a whole, as in the cannabis industry. The clients that we work with, they're just incredible people; passionate about an industry that's just in its baby stages.”

Today, Barry will even partake in the occasional nighttime edible for sleep. I mentioned that I tend to steer away from edibles and she was quick to offer helpful advice -- take it right before you get in bed and be asleep in 20 minutes for a solid night’s sleep.

A good night’s sleep may just be the key to Barry’s impressive ability to stay on top of a packed schedule. During the day, Barry can be found hard at work for Tamerlane clients by tackling a variety of tasks, including managing supplier and buyer communications, overseeing accounts and marketing, setting up forward commitments, managing the movement and sales of product, maintaining the inventory system, overseeing and training supply reps, communicating with partner Big Tree Grading, and making multiple farm visits every month to see suppliers and help them keep product inventory up-to-date or answer any questions they have.

FROM HOME TO FARM

Since early in the year, Barry has been working from home along with the rest of the Tamerlane team, due to the pandemic. She’s found the adjustment to be a positive change, saying, “I get a lot more done. Definitely working from home has made things much more efficient. I think most of the team actually gets more done.”

She does note however that the increased isolation can be a challenge for many at times. Fortunately, Barry has the opportunity several times a month to visit with Tamerlane clients and farmers. She says she enjoys the long drives through scenic eastern Washington, but most of all she enjoys the chance to connect with clients.

“Getting to see the passion that they put into their work and how hard the farmer works -- it's such a hard job,” Barry says with sincerity and respect. “Staying organized, counting on the weather, making sure their crops are healthy until harvest and working for the best price on the market -- all of it is super challenging.”

Barry appreciates the way she, and the rest of the Tamerlane Team, can help make this process a bit easier for their hard working clients. Tamerlane often says their clients should see them as an extension of their own team, and Barry embodies that with the dedication she puts into every work day.

Though Barry laughs and says that she currently has no “work life balance,” it’s clear that she makes the choice every day to give 110% to an industry she loves and is so passionate about. Her journey, on a micro scale, is the personal path of a woman dedicated to making a positive and impactful difference every day, and on a macro scale, is a testament to how exposure to the cannabis industry can change minds about legalization.

So what does a hard worker like Barry do to relax on the weekends? Mother to three adult children, an Australian shepherd named Remington, and two lively kittens named Whiskey and Rye, Barry has plenty of company to keep her busy during her time off. She credits her family for lovingly keeping her focused on personal time, and speaks very fondly of visiting with her two-and-a-half year old grandson in the afternoons after work or during family dinners. Barry also makes time to visit her parents who are in assisted living, even while it means talking to them through windows during lockdown.

Barry shares a love of hiking and the outdoors, and although a Washington native, fondly recalls the years she spent in Arizona, exploring the diverse terrain and trails. She speaks of her favorite artist, Post Malone, and enjoying shows like Outlander and The Walking Dead. She talks about a desire to travel, even if it means pushing through an uneasiness with flying, because Barry faces everything with determination.

I asked Barry what drives her passion for her career, and she replied, “I've always been all-or-nothing; I'm either a hundred percent in, or not at all, and it’s the same with work. I have a very strong drive to be successful, to succeed and for the company to succeed. So I just don't ever give up.”

It’s an outlook Barry deserves to give herself credit for, one that speaks to the dedication she showcases in her day to day. A motto of success -- don’t ever give up. 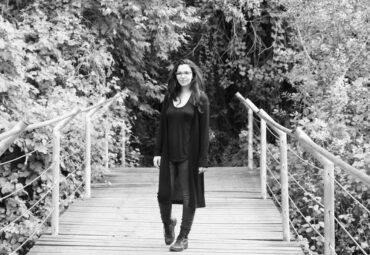 Rae Lland is a writer, journalist and editor with a focus on culture, music, health and wellness. In addition to her extensive catalogue of work for Leafly, she has also been featured in numerous online cannabis publications as well as print editions of Cannabis Now Magazine. Follow her on Instagram @rae.lland