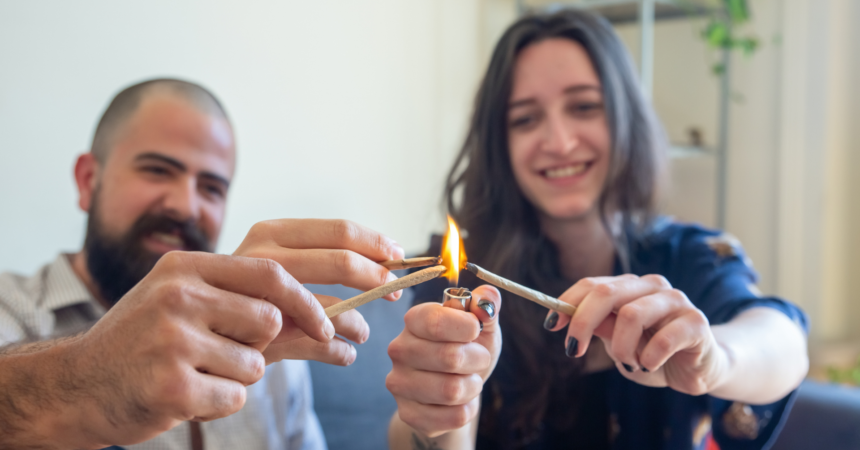 While a lot of attention on the legal cannabis industry is directed at the plant and the companies who grow it, not as much focus is given to those individuals who helped bring this plant out of the closet and into a greenhouse near you. We spoke to five cannabis industry professionals who began their relationship with cannabis during the days of the legacy market and have since joined the ranks of the legal cannabis industry. Their stories show the diversity of experiences and the individuals who have gravitated to this new industry and are working to normalize cannabis use in the eyes of their peers.

Angela Bacca is a longtime cannabis advocate and ICHS Board Member with a lengthy history in the cannabis industry, going back to before there was a legal industry to speak of. She says she grew up “a repressed Catholic school kid who was committed to doing any drug I could get my hands on,” and she first got her hands on cannabis at 14 and can now celebrate over 20 years of cannabis. Her first time was sharing a joint with a friend during a Christmas parade, and now they both work in the industry. While at first Bacca viewed herself as a recreational user, she was diagnosed with Crohn's disease and that made her start seeing her use differently. While cannabis is not a cure for her Crohn’s it is a very effective treatment and introduced her to “herbalism and endocannabinology.” Bacca’s first introduction to the industry was in 2008, when she was hired to be the editorial assistant for long-time grow guru Ed Rosenthal. Now, Bacca is keeping incredibly busy as the cannabis industry's Trump-tracking investigative journalist and still has the time to help found and run the Ethical Data Alliance, a non-profit which seeks to support the open study and understanding of cannabis and all medicinal plants.

Cannabis has been a part of Jhavid Mohseni’s life since he first got high with his sister and a friend at a highschool party. He had been more of a drinker up to that point, but his first time left a mark on him and cannabis would always be a part of his life from then on. By the time he was in college, Mohseni and his friends would bring a 4ft bong in a backpack to go smoke outside their frat house. “Cheech and Chong movies, delicious food, classic rock like Pink Floyd, and time hiking in the mountains outside of Seattle were a big part of my early smoking years,” says Mohseni, adding “we would have frat parties where we would put an ounce into a huge cigar.” Across his decades of cannabis use, Mohseni has “smoked weed in almost 50 countries and every continent other than Antarctica,” and has “had some friends who got very deep in the legacy market and ended up in prison for it.” These days he is no longer a daily smoker and he loves edibles. When he does smoke, “it is to broaden my consciousness or to connect to the plant's spirit, I would say it is more of ceremonial use, and done with intention.” Mohseni has “always had a feeling I would be involved with cannabis,” which was portended in his early 20s when his mom returned from meeting a swami in India who told her “one of her children will be heavily involved in drugs.” Now, he is the founder and CEO of Aperon Corporation with subsidiaries Tamerlane Trading and Big Tree Grading, and is a board member for the ICHS and advisory board member of the Ethical Data Alliance.

Daniel Wendling grew up around cannabis, first smoking at nine, before occasionally smoking it in high school, and then regularly in college. Around the same time period of high school/college, Wendling began to help with grows, then grew his own cannabis in his basement before getting his medical recommendation and starting a growing supply company. Over the years, he’s worked at a medical collective, one of the largest suppliers of hand made glass in Washington state, and one of the first retail cannabis stores in Washington, where he helped them expand to four locations as their store manager. After more than thirty years using cannabis, he still prefers smoking it, “My favorite way to smoke is hiking with my hand pipe or after a fresh powder snowy day, filling my bong with the snow and smoking the smoothest hits.” Now, Wendling uses his cannabis expertise as Big Tree Grading's Senior Grader. “I love going to farms and talking to growers about how they cultivate and learning as much as possible about cannabis, said Wendling, “it is a major part of my life.”

Born and raised in Denver, CO, Julia Lee’s first introduction to cannabis was like many people in her generation: in junior high she ditched 5th period with her best friend and her older sister to get high in her car at the local skate park. After high school, she went to a military prep school for the Air Force Academy, which prevented her from using cannabis for the next couple of years. While she did not enter the Air Force, it wasn’t until she joined the cannabis industry in 2015 that she started smoking cannabis again. From humble beginnings in the legal industry, working at the front desk in a dispensary, Julia has worked as a budtender, a store manager, an inventory auditor, a purchaser, operations manager for a vertically integrated company, and she has even run operations for a CO2 extraction lab. Now she works as the Operations Manager for Uncle Ike's Pot Shop in Washington. While Julia doesn’t “really consume cannabis recreationally anymore,” she does “always” get high before going to the gym because it puts her in the right headspace for an enjoyable workout; her preferred method is vaping.

Coming from a two decade long career in Information Technology (IT), Pat Reynolds transitioned into the cannabis industry through a broker he met thanks to an augmented reality (AR) game he made. Over the years, he has worked in cannabis retail, production, packaging, processing and now analytics, presently serving as the Operations Director for Confidence Analytics. Pat is a longtime cannabis smoker who has “been inhaling cannabis in one form or another since 1989,” and still fondly remembers his first time smoking at age 18 with a group of New Zealanders in Neasden, a suburb of London. These days, Pat is a big fan of cannabis cartridges filled with CO2 oils for those “on the go” moments and likes to use THC to help with sleep at night. Pat has a “passionate and complicated” relationship with cannabis, which has had a “huge influence on his life,” and while there have been some negative experiences the good has always greatly outweighed the bad. While some may look at his choice to trade a lengthy career in IT for budtending and call it “reefer madness,” Pat was following his passion to the next logical step in his life. 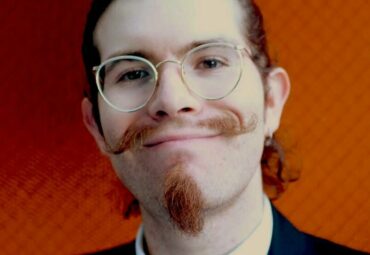 Mitchell Colbert was born in San Francisco and raised in Marin County, home of the Waldos and the birthplace of 420. Mitchell has written over 100 articles on cannabis for over a dozen outlets, spoken at numerous conferences, worked on multiple statewide legalization campaigns and is a published cannabis researcher. In 2018, he founded Full Spectrum Strategy to advocate for more sustainability in the cannabis industry and increased access to recycling, primarily for vape companies. His efforts resulted in regulatory and statutory changes in Colorado which have legalized the recycling of cannabis waste for the first time in that state.