The Cannabis Alliance is fighting for equity, wellness and sustainability in the cannabis industry 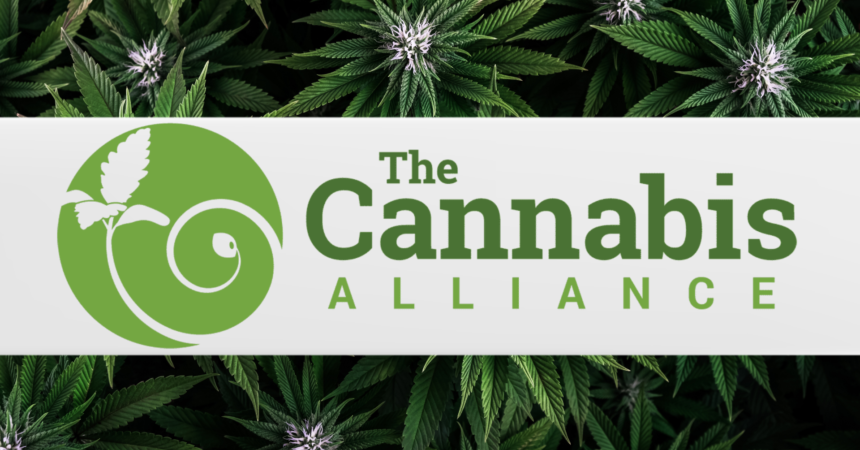 The Cannabis Alliance is at war against the “war on drugs” and all of the misconceptions, mistrust and fear that has generated in its wake, specifically those regarding the legalization of cannabis and the cannabis industry. They’re a conglomerate of industry members and volunteers working together to improve the overall business environment for cannabis industry members through education, advocacy and community engagement.

Since its launch in 2016, The Cannabis Alliance has been Washington State’s number one cheerleader of the adult-use cannabis industry, promoting crucial initiatives to help local retailers, producers, processors and stakeholders achieve success.

Like most nonprofits, The Cannabis Alliance began with a founding director but has scaled over the last several years to include about 250 members, about 82% of whom are licensees. They’re since partnered with the Academy of Cannabis Science, so they also see lots of student volunteers who are interested in joining the cannabis industry. The Cannabis Alliance only has two full time staff members, three part time staff members and a contract lobbyist.

“We started as a group of about five other smaller organizations, the largest of which was the Cannabis Coalition for Standards and Ethics. About a year before adult-use was passed, we came together to discuss regulations and what needed to be done,” tells Ryan. “At the time, we had a very robust medical market in Washington, but it was still considered a grey market. There were no unique laws around it yet, but it was allowed to exist.”

As everyone from the industry began to band together on a legislative level, they quickly understood that their voices were stronger together. A series of meetings began, where industry members discussed their common goals and decided exactly what sort of tone they wanted to take on certain matters in order to be taken seriously.

Meanwhile Washington was in the process of passing 5052, “for the purpose of bringing the medical market into the newly established adult use market,” tells Ryan. “The promise initially was that if you were in medical, you’d be grandfathered in [to the legal adult use market]. However, what happened was that lots of existing cannabis sellers were vetoed and very few people missed the original 5052 licensing. So there were major issues of equity: we lost a lot of operators of color. And we’re still trying to fix that.”

Between the cost of licensing and the challenging roadblocks and requirements, lots of people coming from the legacy market to the adult use market got shut out completely.

“So The Cannabis Alliance formed in that political reality. There needed to be advocacy for everybody against regulators in Washington State. Plus, that shift meant that lots of patients suddenly had their medicine taken away. A majority of the places [patients] had been getting cannabis from got shut down. This new bill eliminated nearly 70% of the medical market,” explains Ryan.

With this scenario came a stark need for patient advocacy. “Across the board, you’re dealing with a more vulnerable population,” says Ryan. “And we still don’t have any pesticide or heavy metal testing requirements in Washington. That’s been one of our big patient advocacy points. We’re still fighting for it. Patients need to know what they’re consuming, especially in concentrates. You’re concentrating the cannabis — and anything that’s on it. Pesticides turn into cyanide when they’re concentrated.”

There is also currently an exorbitant excise tax being applied to cannabis products in Washington State that The Cannabis Alliance is working diligently to remove, in an attempt to grant medical patients access to more affordable cannabis.

The Equity and Justice Committee is a major branch within The Cannabis Alliance. Their primary focus is currently helping cannabis industry members address a recently passed expungement bill, where all those previously accused of non violent misdemeanors are eligible to fill out the appropriate paperwork to have their names cleared. The Cannabis Alliance conducted an audit to see how many people actually took advantage of this newly passed bill, and a surprisingly small number had done so.

“You’ve got to appear in court in order for anything to change on your records,” Ryan explains. “The state can’t make changes without you physically showing up to represent yourself, pay a fee, etc. There are lots of barriers to actually getting this accomplished.” So the Equity and Justice Committee is reaching out to people and partnering with various national organizations, such as the Last Prisoner Project and Civil Survival, to ensure they have the resources needed to expunge their records — plus they connect those leaving prison with re-entry job training to get them (back) into the (now legal) cannabis industry.

Furthermore, The Cannabis Alliance is also looking into the issue of potentially expunging felonies for nonviolent cannabis infractions. “Misdemeanors are one thing, but if you’re convicted with a felony — such as weapons possession or money laundering — things that aren’t felonies unless drugs (cannabis) are involved, then they all become felonies,” explains Ryan. “Expungement becomes a lot more complicated in this case, with multiple infractions all packaged into one.” So they work with people on a case-by-case situation to make sure the legal system is treating them as fairly as possible.

And, of course, there’s always the glaring issue of racial bias in the justice system. “When Washington legalized cannabis, there was not any attention given to the fact that unfair equity practices have been going on for a very long time. The entire structuring needs to change, too,” says Ryan.

“Getting homegrown legalization is one of our top priorities,” Ryan tells us. “Initially, Washington State had decided not to do it, because Colorado had been allowing about 100 plants per person to be homegrown at a time — which is way too much for a single family to use! — and having a heck of a time legally enforcing that.” Regulators in Washington State were dissuaded by the Colorado situation, which was quickly reduced to about 12-15 plants per person. Colorado adapted, but Washington regulators remained staunch.

In addition, The Cannabis Alliance is working to pass legislation that requires the police to check paperwork before taking action against home growers, while helping patients who have previously encountered police situations navigate the legal system.

“We do believe [cannabis legislation] has reached its moment of passage,” Ryan muses. The Cannabis Alliance is super committed to passing a Cannabis Research Commodities Commission, similar to those that already exist in other regulated industries, such as beef. “Currently, the bill is written so that the focus is on research only, however there’s a line in there so that when cannabis is federally legal, there’s a marketing order.” That means cannabis industry members will actually be able to advertise their goods and services, just like any other commodity.

Some other major legislative issues The Cannabis Alliance is focusing on include safety and growing practices, such as replacing pesticides with other beneficial pests to mitigate plants naturally. Receiving funding from federal and state grants to allow for development of agriculture is another huge concept, so that the cannabis industry can better fund itself and pay more attention to beneficial safety measures.

“There are lots of ways we envision the benefits of being able to be on the ground level of a whole new industry,” says Ryan. “We’re creating a corporate ethos that’s different from those of the past. For example, sustainability.”

The cannabis industry is full of passionate and compassionate people who are paying very close attention to how much waste they’re putting out there, paving the way for a “vital, ethical and sustainable cannabis industry.” For example, The Cannabis Alliance lobbied for thinner Mylar bags for [retail] cannabis a few years back, working with local poison control institutions to reduce bag thickness while ensuring that children still couldn’t get into them. This resulted in a “massive reduction of waste going into Washington State landfills,” according to Ryan.

“We can do it differently and not have to sacrifice business growth in the meantime,” tells Ryan. “Everyone’s lucrative while engaging in sustainable business practices; and as we continue to grow and have an impact, we can demonstrate that this is possible. Maybe other industries will follow, as well.”

More recently, The Cannabis Alliance has been looking into ways to legally compost and reuse cannabis bio-waste. Because of current regulations, reusing or composting cannabis bio-waste goes against certain state and city laws. They’re also partnering with the National Resource Innovation Institute to develop “cool programs around LED lighting for indoor grows and water reclamation initiatives.”

“We’re examining a program that looks at pairing businesses, for example breweries, with cannabis grows,” tells Ryan. “Cannabis grows use CO2 a lot in the process to help plants grow, while beer companies have lots of CO2 waste as a byproduct of their processes. So we propose to pair the two together so the CO2 waste can be utilized in cannabis production.”

Another sustainability issue The Cannabis Alliance is attempting to tackle is battery recycling. “Batteries are a huge hazard,” Ryan explains. “So we’re trying to establish battery drop off points, so they don’t end up in landfills where they might explode and cause fires.” The Cannabis Alliance is having conversations with California about how to “capture these batteries and keep them in safe containers.”

Another member of The Cannabis Alliance, Jason Lammers of 420 Wholesale Pack, has recently created the first all recycled “Doob Tube,” at a price point that’s competitive with non-recycled versions.

“This job is one of the best,” says Ryan. “There are just so many cool, exciting ways to make the world a better place. We’re just trying to make those connections and build small programs that could possibly be grown into bigger ones.”

In addition to their primary initiatives, The Cannabis Alliance does lots of research participation in order to study the impact of the cannabis market. They partner with various universities to investigate subject matter such as safety and cannabinoids, the potential hazards of LED exposure, allergens and mitigations in the workplace.

And, in order to maximize inclusivity and to ensure “they’re a truly equitable industry,” The Cannabis Alliance also partners with The Full Spectrum to recruit diverse LGBTQ+ talent to fill cannabis jobs.

There are also various volunteer-run committees within The Cannabis Alliance that focus specifically on topics like education and community engagement. They run ambassador programs that present Cannabis 101 lessons to elderly populations throughout Washington State, so those older people who are cannabis-curious can show up, ask questions and engage with industry members in a safe space.

Other service projects attempt to normalize cannabis as an industry. “We conduct park clean ups in communities where there are still cannabis bans in place so locals can see that we’re not bad, scary people,” explains Ryan. “We’ve still got whole counties [in Washington State] that have bans and moratoriums in place, so there are business growth and patient access problems. Patients may have to drive 100 miles to get to a retailer.”

“The thing I love the most about The Cannabis Alliance is that it’s all run by volunteers who are passionate, deeply caring and concerned. We’re the largest industry association in Washington State. It’s really encouraging that people will give their time and energy to make sure these important projects get attention,” concludes Ryan. 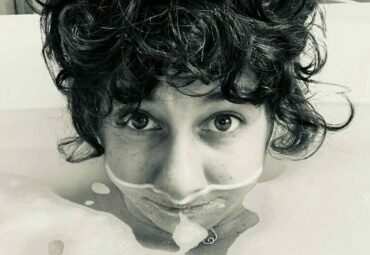